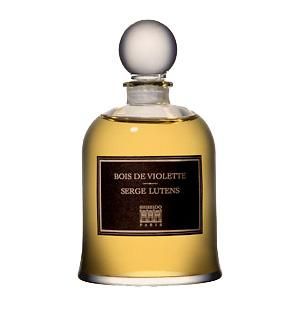 It's been really difficult to blog lately and I mean really difficult to blog about anything, let alone perfume. My dad had surgery almost a week and a half ago due to colon cancer and we are waiting for the biopsy results to come in. Having my dad home means less time to blog (not like I do a whole lot of it) and work leaves almost no time to write about perfume. I do still wear perfume but I haven't really attempted to wear anything new. Financial troubles have also taken their toll on me but I am starting to see some marginal progress. With financial troubles makes me hesitant to reach into my unworn bag of decants. I just can't afford to buy anymore perfume right now and buying decants is almost out of the question right now.

With finances being very out of wack, it is making me appreciate my perfume collection a whole lot more. I am being forced to be content with the collection that I do have and I am hoping that I can drain a few bottles and sell off the ones that I don't wear. I haven't gotten around to seeing if Goodwill will accept perfume. Maybe a consignment shop would work a little better.

I was craving something new to wear, my hand picked out Serge Lutens Bois de Violette. I've always had somewhat of a rocky road with Serge Lutens offerings. Some don't smell good to my nose or too fleeting. It doesn't help that his exclusive line is sold at Barney's for an Amouage price. A Serge Lutens perfume works better for me if I spray, not dab. Dabbing just doesn't work all that well for me considering. I can't fathom why Serge Lutens refuses to include spray tops with his bell jars just like he does with the export line. With his export line, you have the option of spraying or dabbing. I'm too lazy as well to decant my own perfumes.

In the review, there will be a lot of comparisons between Bois de Violette and it's eldest sister, Feminite du Bois. Feminite du Bois is actually the mother ship for the whole Bois line, so there will be tons of comparisons between the two. The whole structure of Violette is almost identical to FdB from top to bottom. I'm not kidding, in a blind test, I probably wouldn't be able to differentiate between the two. Not at first sniff at least but then the violet comes out to play. It's not a shrinking violet but not an aggressive violet either, the violet is more of the assertive type. Then the whole FdB thing kind of quiets down and hums along. The sad thing is that Violette doesn't last long on me with a spray decant. I maybe get 3 and a half hours worth of wear out of this. I don't know when Serge moved Violette from the export line to the non export line but it must have been in the past 3 or 4 years. Most export sprays that I have last me at least 8 hours. Will I ever get a bottle of this? Probably not because I already have a bottle of FdB in my arsenal. I wouldn't turn my nose up if someone gifted me with a bottle of it either. My wallet is thanking me right now.
Posted by Eldarwen22 at 11:03 PM No comments: 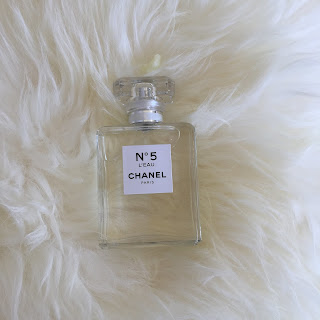 It took me quite a while to love and enjoy the original no 5 in all of it's current forms. Since I now love the original no 5, I own the EDP, EDT, and some of the extrait and some of the extrait is the vintage version. I do wear no 5 on a regular basis. But when I learned to love Chanel no 5, I wasn't wearing it as I could have, which is quite a bit. Then Eau Premiere came out. I had bought a bottle within the first two months and wore it at least three times a week. I loved Eau Premiere in the beginning and I'm not sure what had changed to make me dislike it but now I do. This leads me to no 5 L'Eau.

When I had heard that Chanel was doing a new flanker of no 5, a little bit of me was horrified. I wasn't amused that they were messing around with their flagship perfume. Let's think about it, no 5 is their most famous perfume and most classic perfume. Mademoiselle gets a lot of press but it's not really a classic yet but probably one of their best sellers. Chanel had already played the flanker game with Coco and their Chance line and I am wondering why they need to mess around with no 5 by needing 2 flankers. So off I went to get my paws on a decant.

Every time that I try a new perfume, I always half hope that the clouds will part and the angels will start singing. That didn't happen with L'Eau. All I had got was something really generic with hints of the no 5 structure. I think that the massive citrus note and how it was presented did me in. The floral component was incredibly generic and the aldehydes were pretty faint in this. I could smell a relation to the original no 5. If Eau Premiere was the daughter of no 5, then L'Eau is the grand daughter. This could have been a blatant ripoff of no 5 by another company if I wasn't really into perfume. For an EDT, I do get some longevity with this one. I get about 7 hours of wear before it fades a way into nothing. Yes, I dislike it, and won't be getting a bottle.
Posted by Eldarwen22 at 11:30 AM No comments: 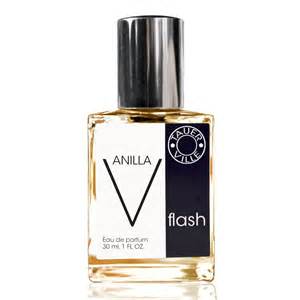 Yes, I actually did go ahead and test something new and now I have to review it. For the longest time, I thought I hated vanilla in perfume, especially if it was the dominant note. Vanilla had to be buried under a bunch of other notes before I would even try it out, Then came Havana Vanille (traumatically discontinued) and Guerlain SDV and to a lesser degree Tobacco Vanille. I figured out why I didn't care for vanilla too much. Most of what I have been smelling was the edible vanilla and I didn't like smelling like I just baked a batch of cupcakes. My vanillas must be inedible to be worn. This leads me to trying out Andy Tauer's Vanilla Flash.

For a while, I have been debating about exploring the Tauerville line for some reason. I love Andy Tauer's work even though I don't care for some of his offerings. That's OK though, there are plenty of Andy Tauer offerings to go around. When STC was offering a 15% or 20% off sale, I figured why not try it out? I might actually enjoy a couple out of this line.

First up was Vanilla Flash. Vanilla is the dominant note of this one (obviously) but it's not the cupcake variety. It's a slightly burnt vanilla with maybe a little hint of booze. Even after a few hours of wearing it, I thought that there might be a hint of tobacco in there lending the slightest leaning to Havana Vanille. There probably is a hint of tobacco in there. From start to finish, I did smell the Tauer base. The Tauer base isn't in your face like some of Andy Tauer's offerings and Vanilla Flash does need something to make it as something recognizable to be Mr. Tauer's work. A whopping dose of Tauerade would have rendered this as kind of bad. I was really impressed with the lasting power of Vanilla Flash. I had applied this one at 11am and by 10pm, the last of Vanilla Flash disappeared.

If you find that SDV is too burnt, boozy and expensive or Havana Vanille to be too hard to find and expensive, this is for you. What make this perfume even better, for a niche perfume, this is practically free. Luckyscent is selling the largest bottle available (30ml) for $63 and that it free for niche perfume. This is going on my wish list because it might be quite a while before I can get a bottle. Unless it gets discontinued like Ingrid did.
Posted by Eldarwen22 at 10:47 AM No comments: