But on the 19th, I had to stop up at the mall. My mother has always been that type that can be difficult to shop for type. So ordering online for her isn't the greatest idea. I was thinking about getting her a Penhaligon's sampler set but I had some second thoughts about that. She's not much a perfume person and something kind of niche might not be her thing. But there were a few things that she was complaining about. It was the lack of an eye lash curler and not having any decent bras. So going up to the mall was my only real choice. Amazon Prime only goes so far and I doubted that all of the other places that I shop wouldn't get a gift to her on time. She sends me up to the mall's JC Penny's to return her jeans. I go to one checkout spot to do the return and then when I step up to the register, they tell me that I had to go to another checkout spot. Needless to say, that was aggravating. But the return itself was a real pain. Obviously, a bunch of seasonal workers were there and it was an online order. So the return had to be done twice and the girl needed a whole lot of help to get through this. That's what you get when you hire a bunch of seasonal workers.

But what is great about my local JC Penny's is that there is a little Sephora in that store and I had a $50 JC Penny's that I could use. I ended the JC Penny's thing with finding an eye lash curler and two roller balls. That is one of the things that I like about Sephora. One of the roller balls are going to my grandmother and the other is probably going to me. What I don't like is that the Sephoras in JC Penny's are so tiny and with a Christmas crowd, make things harder to get to and just go to the cash register to pay. After a while, I ended up telling people to just move, saying excuse me 3 times didn't exactly work so being rude had to.

Things got much better when I go to Victoria's Secret. I was able to find what I wanted and for some reason, this time, I didn't have to negotiate a slow moving line. The line seemed to move quickly and it wasn't stroller quagmire like JC Penny's was.
Posted by Eldarwen22 at 12:39 PM No comments: 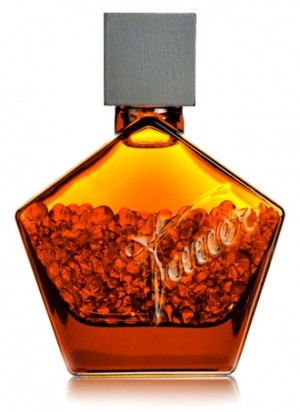 Today is a day for reviewing. I know that it's late but it was a day for me to try something new and review it. I didn't go into my untried decant bag but looked at my full bottles and saw that there are a couple of Andy Tauer offerings that I haven't gotten to. At this point, it's rare that I spring for a full bottle of anything new before trying it. Vintage is different and is always a gamble. So anyway, Une Rose Chypree (URC from now on) was the one I picked out for the day.

After reading up on URC, I was a little surprised about the citrus notes but not really. The citrus notes don't really smell like citrus notes. Nor do they smell like oven cleaner or loaded up with powder. It's more like that homemade cranberry sauce at a turkey dinner but with an orange zest. It's not overwhelming but I think that the rose got the citrus to behave and actually work with the other notes. And let's talk about the rose. The rose aspect and it seems like the whole perfume is similar to Une Rose Vermeille. It seems to have a 'mouth feel' to it but I would have to pull out Une Rose Vermeille and wear it again. Right now, I am in the dry down phase and I am really liking the moss aspect of URC and I do enjoy how long this is lasting on my skin and it's been on my perfume eating skin since 8:30 this morning,

I really do like this perfume and this offering from Andy Tauer seems to suit me better than whatever else I have tried so far. This one does have a place in my collection either as a full bottle or as a larger decant and my Amex is rolling it's eyes at me telling me that I really shouldn't be buying anymore perfume. But what is a perfume nut supposed to do?
Posted by Eldarwen22 at 11:15 PM No comments:

I know this is supposed to be a perfume blog where I write about and review perfumes. I have one of those Surrender to Chance gauzy bag things that's kind of big and filled with perfumes that I haven't even reviewed let alone tried. But let's face it, I am lazy at this point. And I've been really lazy about it for quite a while.

What probably happened is that I've never had a real method into sampling new perfumes and after wearing them for a few days, blogging about them after a couple days. I do think that perfume can be so overwhelming. I can't keep up with all of the new releases and my current full bottle collection that I already have. Slowly but surely, I am working on trying to finish a bottle of Chanel no 5 and a bottle of Jicky EDP. Finishing one bottle of anything will make me very happy. Finishing a bottle of perfume would give me space to add something else but it would just give me some extra space. I'm not exactly looking for more perfume but looking for more space and a little less to chose from in my collection so I am going to start to look at my minis and Chanel extraits and see what happens and maybe some of those 15ml decants can get used up. Or maybe I should do a once a week perfume review to see what happens with that bag of unworn perfumes. But right this second, I am wearing Mitsouko in vintage parfum that I've never worn before. Maybe I should start off with that.
Posted by Eldarwen22 at 9:09 AM No comments: 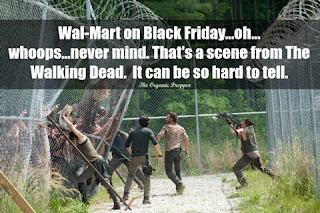 A couple days ago, I finally got that door that I wanted put in my bathroom on. Now I can do my thing in privacy. But now that Thanksgiving is over, the Christmas season is upon us. And that leads to gift giving and shopping.

The "gift thing" is what I can really hate at times. I do a lot of online shopping to avoid the crowds but I do have a couple friends that love to go out and Christmas shop. When I go out with them I either go and just grab maybe one or two emergency gifts but I mostly go with them and window shop.

But every year there are these discussions about gift cards. It seems like most seem to day that they are cheap and kind of a cop out. My view is that it really depends on the situation and person. I like receiving gift cards and I give everybody in my family the gift cards on the places that I like to shop. But I am getting grief from my mother though. The two people that I usually go Christmas shopping with, I have already gotten their gifts and they are gift cards. My mother isn't giving me grief over the fact that they are gift cards but the amount of the gift cards and what the gift cards are. One of them is a $15 Starbucks gift card and one of my guy friends is obsessed with Starbucks coffee. Apparently, it's too much money spent on that friend. Guy friend #2 is getting a $15 Barnes and Noble gift card and it's the "he won't use it" bit. I know #2 would probably like a Subway or a Bath and Body Works gift card but his family seems to give him a ton of those. My reasoning is that he needs a new hobby not trolling dating sites and chowing down on Subway. My mother can turn anyone into a Scrooge when it comes to gifts because she is to the point of too critical so I have taken up with Internet shopping and not showing her any gift that I get for anyone. I'm not sure why she is that way but she is.
Posted by Eldarwen22 at 12:49 PM No comments: